In order to facilitate a new energy model, citizens need to be empowered as active change agents.

We firmly believe that the citizens of La Palma, together with our local companies and public administrations, must be at the centre of decision-making. The deep structural changes necessary to achieve the energy transition require the involvement of an educated and informed citizenry. To this end, La Palma Renovable promotes measures and tools for participation in collectivise decision making, to make lasting changes that meet the needs of all sectors of our society and the environment.

After La Palma was selected as pilot island within the European Commission’s “Clean energy for EU islands” initiative, one of these collective decision-making activities took place in September 2019, when La Palma Renovable organised five sectoral workshops, as well as one transversal workshop, to create the island’s Energy Transition Agenda. Together with citizens, local companies and local authorities, we analysed the different areas in which action could be taken, and decided to create groups of volunteers called Action Groups, which work together on different topics according to their interests.

The Working Groups have not only helped advance the analysis of the energy situation on the island, they have also contributed to discussions and to the achievement of objectives. This in turn helped mature our participatory process, highlighting the importance of citizens in the energy transition and the improvement of sustainability on La Palma. Check out our action groups here.. 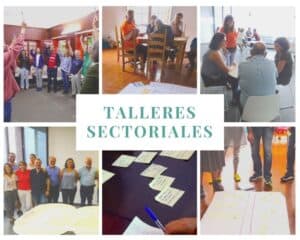 La Palma Renovable periodically organises events to promote energy efficiency practices and self-consumption systems that help advance the energy transition process in La Palma – all in a festive atmosphere. The Self-consumption Festival offers information stands, workshops, talks, and best practices of self-consumption on the island, while inviting the whole population to music, lunch made with solar cooking and other leisure activities such as music or cinema. During the event, we further provide information to all interested groups and companies on how to participate in the drafting of the Energy Transition Agenda of La Palma. 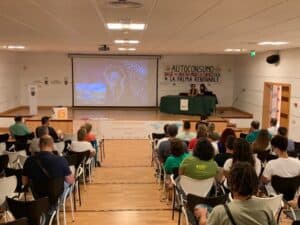 The aim of this activity is to create an enjoyable space for celebration, where the different agents interested in the new energy culture can interact and receive information, sustainable companies can make themselves known showcase their energy efficiency actions, and people can share and promote successful experiences to accelerate the energy transition in La Palma.